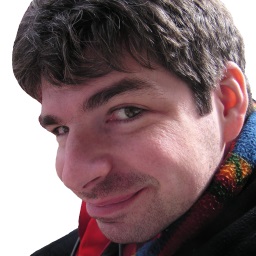 I am late to the party. Microsoft announced .NET MAUI at the Build in 2020. Then it was postponed and postponed and now it looks like it will be released at Build 2022 later in May.

It was to be expected. I use Xamarin.Forms since it has been released in 2014 and the Forms team was always too small. It was simply not possible in that time with just a handful of people.

MS developed MAUI completely in the open. That’s really cool because you could follow their progress on GitHub and even step in and help them implementing. Many people did that.

I deliberately held back trying MAUI too early. I did not want to fall over tons of bugs. In the GestureSample I use each and every view and layout on every platform and I often get the impression that I’m the only one doing that. When they added Xamarin.Forms for macOS, I added it to MR.Gestures less than a week later. During testing I opened 5-10 bugs which have never been fixed. Nobody seemed to care. I just didn’t want to experience that again.

A few weeks back the MAUI release candidate (RC) came out and I finally wanted to give it a try. I’m glad that I waited that long. There are still many bugs and they renamed a method in the handlers lately which I need to override everywhere. But generally it looks very good.

Migration is not too much work. You replace the XF xmlns in the .xaml files with the new one, remove the Xamarin.Forms namespace everywhere and due to the global usings you’re almost good to go. Of course I only found the upgrade assistant AFTER I migrated the GestureSample to MAUI. So I did everything by hand.

Most of the stuff works. All platforms use one multi-targeting project and the Franken projects are finally a thing of the past. This alone is reason enough to switch to MAUI.

Luckily the iOS code should just work on MacCatalyst now. I didn’t test it yet, but that seems to reduce the effort for this a lot. Due to this bug I couldn’t even compile the code on Windows. I’ll have to switch to the Mac for that. The Mac and I are no friends, so this will become a challenge.

For WinUI3 I basically took the UWP code and changed some namespaces. On UWP I sometimes used Window.Current.CoreWindow. Unfortunately this still exists in Microsoft.UI.Xaml, but it returns null in WinUI3. So intellisense was a bit misleading there. But once I found that out, the WinUI3 code was not hard to find.

For MR.Gestures I implemented my own version of each and every Layout, View and the ContentPage. For every single element I needed renderers for every platform to inject my gesture handling. Now in MAUI those renderers have been replaced with handlers. That’s quite a biggie for me. Luckily the architecture of MAUI seems to be really solid. So I just needed to find out how to glue everything together. Another advantage of waiting so long: there are a few people out there who already did that and wrote about it. The best info I could find was in this repo by Javier Suárez. The essential MAUI developers are also all on Twitter and they respond to questions there. If you only have a small question, this is much faster than opening a GitHub issue.

I’m at a stage where I know how to migrate MR.Gestures, I already wrote the most important handlers, but I’m not finished with all the handlers and I didn’t test everything. As soon as I have handlers for everything, I’ll release a alpha version so that you all can have a look. Expect a new version in the next couple of days.

Edit: The new version is out. I wrote a blog post about what I had to do which was published on the Microsoft Blog: Migrating MR.Gestures from Xamarin.Forms to .NET MAUI.